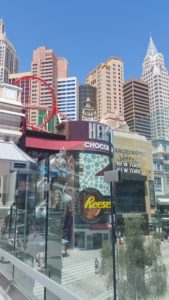 What is the world?

I use the word in the temporal sense. The world is busy, blind, distracted by its own discord. The world is the purposeful creation of drama. It’s the need for speed. It is circular. It never arrives at the truth, though it reaches many conclusions.

The world is noise and light. It is the heat of activity without surcease. Even those who see its opaqueness are most often blinded by their own delusions. That becomes their world. And so it was with me.

The someone in my world who came to challenge the delusion that the world is was Yale Forestall. He didn’t come with a mission or with a sense of vengeance. Yale wasn’t like that. He just did his own thing. That was the threat. That’s why, eventually, they came for him.

Who came for Yale? Who did the world use, and who used the world, to try to stamp out his fire?

There was Judge Puett, who presided over the case where the State sought guardianship over Yale. Yale’s crime? Trying to rescue a child crying in the middle of a Wal-Mart parking lot at 10:00 at night. Puett was legal authority. In a culture in decline, the system becomes increasingly obsessed with rules of all kinds, on many levels. We become legalistic, putting our faith in the idea that lawlessness and immorality (as those in control define those terms, of course) will bring things back into balance, back into a harmony that never really was. We seek control. The result is less control than ever before. So, more rules, until we all become lawbreakers of one kind or another.

There was Don Cash, the politically-connected lawyer who pressed the State’s guardianship case. We live in a money society, but really, the world has never lost its greed, its taste for anything and everything that we think money can buy. The system which sought to have Yale, who always sought to be maximally free, locked up in a nursing home was in reality powered by its own interests. It claimed to help others, but really all it sought to do was grease its own moving parts. That’s what the rules are really for. The people the system seeks to help become superfluous, irrelevant in a way. The world seeks to convince us – or rather, through the world, we seek to convince ourselves – that if we throw enough money at a problem we can solve it. Instead of rolling up our sleeves and solving a problem ourselves, we pay someone else to do it, or at least to hide the problem from our own eyes, sweep it where the sun don’t shine.

But really, Don Cash was just a mouthpiece for Dr. Clifford Showater, MD, whose ego and precious reputation and even more precious pocketbook were all wrapped up in convincing the State, the judge and the jury that Yale was in need of a guardian; when really all he was was eccentric, a little different than the rest of us because he cherished his freedom above all else. So Showalter, the State psychiatrist, rained all his diagnoses and labels down upon Yale like spears. Why does that threaten us, when someone does their own thing? Oh, we say it doesn’t, but really, when it runs up against what we believe, against what we’re told we believe, then we’ll shut it down. Morals become defined by sanity, by what’s ‘appropriate,’ by correctitude. Yes, I’ve made up that word, and if it bothers you, maybe that’s the whole point.

These rules make up the world. Don’t you dare threaten them. They seem subtle, these rules and their forums. subtler than just setting up camps and tossing people in them if they don’t agree. But subtle is no less powerful than a crude crucifixion in the end.

The Dirt: The Journey of a Mystic Cowboy, is available in softcover or eBook formats through Amazon.