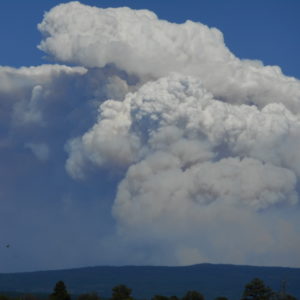 In the last post, I discussed the 12-stage journey of the world myth. Popularized by mythologist’s such as Joseph Campbell in The Hero with a Thousand Faces, and by psychiatrist, C. G. Jung, the hero’s journey is truly a universal phenomenon. The hero in most stories, regardless of culture or time in history, undergoes a similar metamorphosis, accompanied by repeating archetypal characters arising from the depths of a collective unconscious. This is true whether we speak of dreams, movies, ancient mythologies, or even our own lives. You are the hero of your own life story.

So, we’re halfway there. We’ve used examples from movies in particular to illustrate the journey, since that’s how the journey is conveyed and most often encountered in popular culture. Keep in mind that traditional Navajo or adherents to Jainism in India, just as examples, may also use different vehicles, receiving the same wisdom we discuss from contemporary culture from older stories passed down from elder to younger.

To summarize the journey, the hero (female or male or another gender) leaves her ordinary world. She’s called to adventure, often after meeting with her mentor. She crosses the first threshold from her ordinary world, entering into a special world where the rules of reality and the characters may be very different from those operating in her ordinary world. In this special world, she undergoes tests and meets allies and enemies. Eventually, she must approach the innermost cave. This cave may be a symbolic representation or a literal expression of her greatest fear. In a romance, that fear may simply be of the object of her desire, of getting her heart broken yet again. In an adventure, it may be something very real and visceral. When Frodo and his friends must go through the basement of a mountain, it’s a real cave. We’re now at the 7th stage, the supreme ordeal.

In order for a hero to confront the nemesis in the story, he must enter the cave and undergo a symbolic death. The hero’s journey is ultimately about transformation. It’s why we watch TV and movies. It’s why we read and tell ghost stories when we’re children. The Greeks called it catharsis, the audience’s participation in and psychological renewal through the dramatic transformation of the story’s main characters. Unless the story is a straight-up adventure (think Schwarzenegger in the old days) the hero has an outer need, yes. That’s the outside story. But there’s usually a B-story, and here the hero also has an inner need, which is connected to his flaw. In order to get the need met, the flaw must be overcome. This is often the psychological purpose of the ordeal.

This metamorphosis happens when the hero confronts her fear. Some examples:

In Lord of the Rings, Frodo is pierced by the Morgul blade. He nearly dies, and he’ll never be the same. He undergoes a near literal death, yet his wound also ends up as a saving grace, a special power. In The Wizard of Oz, Dorothy is captured by the minions of the Wicked Witch, locked in the Witch’s castle, and is separated from her dog, Toto, which represents her intuition. Notice that in drama, things always get worse. By the climax of the story, all seems to be lost. How will Dorothy ever make it home now. And how will Frodo save the world by destroying the ring when he’s hopelessly wrapped up in the silken web of a giant spider.

This supreme ordeal is figurative as well as literal. It presages the final battle which the hero must undertake later in the journey.

In The Dirt, a novel of mainstream contemporary fiction, Miles Holland is a former lawyer who sets up shop as mental health counselor in a small town in the Four Corners region of the American Southwest. He thinks he’s left the law behind for good, but when Yale Forestall, an eccentric cowboy with a gift for mystical insight, walks into his office and asks Miles to defend him against a guardianship action by the State, Miles gets drawn right back in again, and must confront what he thinks he’s escaped a long time ago. He has to face the ghosts he’d run from in a career-ending case back in Chicago. To find out more about Miles’s supreme ordeal, you can purchase the book through this website. Or go straight to amazon at https://www.amazon.com/s?k=the+dirt+journey+of+a+mystic+cowboy&crid=1S40Q4BXSUWJ6&sprefix=the+dirt%3A+journey+of+a+m%2Caps%2C180&ref=nb_sb_ss_i_1_23