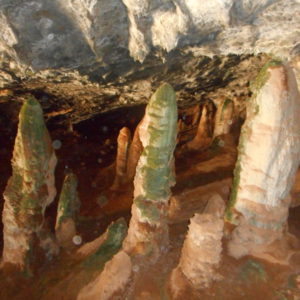 The world myth represents a journey undertaken by the hero (used for both female and male characters) which leads to a battle against an adversary of unimaginable power.  In mythological tales which have existed for thousands of years, cross-cultural similarities have been noted by scholars such as Joseph Campbell in Hero with a Thousand Faces. Campbell distilled the world myth into a 12-stage voyage from (1) the ordinary world, in which the hero lives before the start of the journey. Here, something is missing, as for Rick in Casablanca, who has much need of forgiving his past lover. Or perhaps the ordinary world is quite balanced, as it is for Sara Connor in The Terminator.

From this often-mundane beginning, the hero is (2) called to adventure. For Rick in Casablanca, his ex-lover shows up one day, in need of a favor. For Sara Connor in The Terminator, a rather unpleasant cyborg in the personage of Arnold forces her to cross the first threshold into her special world. And so, we see that sometimes the hero chooses to enter into her special world, and sometimes, he’s dragged into it, kicking and screaming. As the Romans used to say: the Fates lead whom they may, but drag whom they must. In 21st century parlance, sometimes you find trouble, but sometimes, trouble finds you. Sound like your life?

Heroes can either enter willingly into their special world, or they may (3) refuse the call to adventure. In the Lord of the Rings, Frodo is a little reluctant to leave the Shire at first, yet once he (4) meets with the mentor, Gandalf, and is assigned his mission, he goes out of his sense of duty. Kind of like in the Mission Impossible franchise. Sometimes, the hero can spend quite a lot of time refusing the call. Look at the aforementioned Rick in Casablanca. He spends most of the film refusing to secure his former lover’s husband the exit papers the man needs to escape North Africa so that he can continue the resistance against the Nazis. In the event the hero continues to refuse the call, eventually they self-destruct. Tony and Carmella Soprano, as well as Chris Moltisanti, have many opportunities to leave their lives in organized crime (In Carmella’s case to leave her husband), but based on their characters, they can’t quite pull the trigger. As a result, they star in a tragedy.

Yet in just about every story, the hero ends up (5) crossing the first threshold into her special world. Or else, there’d be nothing to read or watch or listen to, depending upon the media you choose. In Lord of the Rings, the threshold is a physical boundary. It happens the moment Frodo and his friends leave the Shire for the dangers beyond.

The special world is often a dangerous, if magical place. Consider Dorothy in The Wizard of Oz. She encounters special rules, spooky characters, and many sources of adversity, as well as friends. These represent the (6) tests, allies and enemies which make the story interesting, entertaining, compelling. Think Sarah Connor, who’s shot at, whose roommate is brutally murdered. Talk about tests. But she has an ally. Several, actually: a compassionate police Lieutenant, a police psychologist, and most importantly, Kyle Reese. Her main adversary is, of course, the terminator, who can’t be bribed, bargained with or beseeched.

At this point, it’s perhaps instructive to examine the purpose of the hero’s journey. C. G. Jung, the eminent Swiss psychiatrist and protege of Freud who broke with his mentor, believed that the world myth represents a deep psychological voyage, perhaps the central objective of each of our lives. For we are each the hero of our own stories.

Jung concluded that the characters in these repeating myths, whether Biblical or Hindu or from a made-for-TV movie on Hallmark, channeled certain archetypes. These archetypes were characters which repeated in our dreams, in our stories, in our wider myths. Ultimately, as Hollywood story consultant, Chris Vogler, observes in The Writer’s Journey, the hero’s ultimate goal is a reconciliation with his or her shadow, that aspect of the human psyche which is cast off, hidden, repressed and maligned. Mostly, the shadow is the part of each of us which we fear. We fear to show it to the world. We deny it to others. This is social denial. We refuse even to acknowledge it to ourselves. This is psychological denial. When you think shadow, think Hannibal Lecter in Silence of the Lambs. The shadow represents our greatest fear.

This brings us to the title of today’s post: At some point in her journey, the hero must (7) approach the inmost cave. In Raiders of the Lost Ark, we’re given a taste of Indiana Jones’s greatest fear at the end of the opening sequence of the film, when he encounters a snake in the cockpit of his plane. He remarks to his pilot: “I hate snakes, Jock. I hate ’em.” He encounters a real cave later in the movie, where he discovers to his chagrin that his most sought-after treasure is buried beneath a subterranean den of hundreds of snakes. This is Daniel in the Lion’s Den. It’s FBI trainee, Clarice Starling, in the cellar, chasing Jame Gumb in Silence of the Lambs.

The innermost cave is really that scary, dark place within each of us where the shadow resides. Sometimes we bury it. Sometimes, we disavow it. We often deny it. Usually, we project it onto others. Yet despite the lack of air and light and the nourishment of human companionship, the shadow doesn’t die. Ultimately, we must each confront our fear, whether it’s public speaking or death. And in the end, all fears are really the fear of death, dressed up as something else.

In The Dirt, a novel of mainstream-contemporary fiction, ex-lawyer, Miles Holland, is running from a politically-charged criminal case back in Chicago that blew up his legal career. He must confront his greatest fear when he has to lawyer up again to try to save the freedom of an eccentric cowhand, Yale Forestall. Miles and Yale go up against a small-town judge, an arrogant State psychiatrist and a politically-connected former D.A. So for Miles, the courtroom is his innermost cave.

← The Qualities of God
Supreme Ordeal →