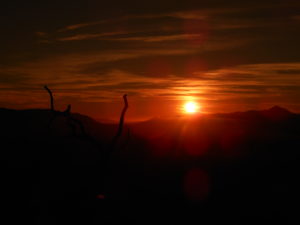 It was as if he came into this world from nowhere, and left it, slipping into nowhere again. He had a past, but it was obscure. I had to dig to find out where he was born, who his family had been. As if he wanted to remain an enigma to this world.

Yale wanted me to defend him in a guardianship case. Evidently, he’d picked up a child in a Wal-Mart parking lot after her mother had lost track of her. The child’s mother had been in trouble with County DSS, so she didn’t want the police to know she’d forgotten her child, who sat squalling in the middle of a parking lot. Yale delivered the girl to what he called the Bureau of Lost Souls (Lost and Found), then got dimed for it.

Psychological testing subsequent to his arrest revealed that he had ‘deficits.’ If that’s what you want to call them. He could take care of himself, but depended on the kindness of an aging rancher, a man named Claycomb. Yale was a cowhand for Claycomb, who spent more and more time awash in the scotch he drank from his morning mug. Because Yale tested all over the place, psychiatrically and cognitively speaking, the State wanted to declare guardianship over him, maybe put him in some type of home. You see, he had Huntington’s Disease, too. It’s a rare neurological condition with a horrible prognosis.

Take a look at the picture at the top of this post. It’s a sunset looking down into the Four Corners. We’ve had a lot of fire this year, so a pall of smoke gives a dusky tint to the sky. You might be forgiven if you thought you were looking into hell. But to Yale, this view from the ridge, which he’d contemplate for days sometimes, was paradise. To Yale, hell would be to put him in a home.

So, when he came to my office and asked me to come up with some kind of response to the Petition to Declare Guardianship, I felt responsible. I was a mental health counselor with my own practice. But I didn’t do guardianship cases. I mean, you had to be an expert to defend against something like that; a PhD psychologist or even an MD psychiatrist, like the man who’d written the report on behalf of the State, Clifford Showalter, a connected old-boy and the darling of judges and District Attorneys alike. Who was I to stand up against all that credibility and repute?

Yale was getting railroaded, and I believed in freedom. At least I told myself I did. But one thing always leads to another. So, when I accidentally-on-purpose got myself appointed as expert in Yale’s case, that was one thing. But when I go myself appointed as his lawyer in that same case, that was quite another. Now I had to stand up against Dr, Clifford Showalter, MD, PhD; former District Attorney Don Cash, now lawyer for the Department of Social Services; and a judge who hated my guts because I was rude enough to be born in Chicago. I mean, these guys all played golf with each other. Who the fuck was I?

I’d been a lawyer back in Chicago, yeah. So what? Another traumatized lawyer seeking refuge out West. But I wasn’t one anymore, except pro hac vice, which is Latin for ‘you screwed yourself again, Miles.’ I got appointed as Yale’s expert and his attorney for this case only.

The weird thing was, the more I looked into his history, the saner I thought Yale was. In fact, I came to regard him as a mystic. Everyone from my girlfriend, Udenni, to the Guardian ad Litem appointed to the case, Josh Shorty, a Navajo man with a pit bull personality befitting the criminal defense attorney he was, they all thought I’d lost it. Lost perspective. I mean, Yale’s IQ never crawled out of the borderline range of intellectual functioning. How could he be a mystic? Maybe they were right, and I was so starved of meaning in my own life that I made of Yale a saint.

And maybe that’s what ended up costing both of us everything.

← My Private Shaman
Killing Off Your Personal Savior →