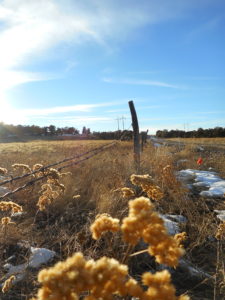 To believe in yourself is of utmost importance. All the sages say that. The question they can’t answer, is what to believe about yourself.

What are we? Where do we come from? Where are we going? Once you dust all the dirt from the runes, these are the questions that remain. We are creatures so lost, we don’t even know who we are.

You can distract yourself from these questions in any number of ways, of course. You can drink, whore around, play games, have, do, spend. You can pretend the answers don’t matter; that it’s impractical to ask why, since none of the big questions really has an answer. So, you can conclude that there is no before, no after. No reason to it all. But you don’t really know that’s true either, do you? Since even that answer – that it’s all just noise – is as much a choice to believe in nothing as any of the other answers.

Some things you choose. Some you don’t. My personal belief is that we don’t choose which way we lean, whether toward a spiritual or a material understanding. Condemned to find meaning, any meaning our pattern-seeking brains latch onto is as good as any other. Perhaps which way we lean, whether toward skepticism or some other ism, is determined by chance.

Me? I’m one of those who’s always just had this feeling that there’s something else. Something beyond. I’m a seeker. It didn’t matter that I had a rather agnostic upbringing. Thomas Merton did, too, and he ended up in a Trappist monastery.

I came out west here, to the Four Corners, to find the answer to the question: What am I supposed to do with my life? I practiced law for a spell. Then a spree of odd jobs: acting, substitute teacher, even tried my hand at writing movies. Then I went back to school and got a counseling degree. I’d always been interested in psychology. When I tried to major in it in college, a drinking buddy told me I was too screwed up to be a psychologist. I knew he was right, so I became a lawyer instead, where being screwed could only help my career chances. Until a highly publicized murder trial blew up in my face, and I had to quit lawyering.

There’s that old saw: when the student is ready, the teacher will appear. So, when Yale walked into my counseling office and asked me to defend him against a Petition to Have Him Declared Crazy, that rescuer inside me jumped at the chance. Looking back, I think I was trying to make up for that murder trial I’d lost back in Chicago. But I also wanted to believe in something. Yale was the ticket to that something. The problem with a man hungry for belief is that he tends to see what he expects to see. Seeing isn’t believing. Believing is seeing.

I saw in Yale Forestall a minor Messiah unrecognized by the world. Through him, I could cover up all my old wounds and especially, my doubts. Yale was my proof in Something. He was the answer to those gnawing questions posed at the top of this post. My grave mistake was not realizing that I built Yale into what I needed him to be. Only when I truly love someone can I really see them, and most of our relationships are born of desire, not love. No. We see in others what we want them to be, what we need them to be for ourselves. And I wanted Yale to be my personal savior. I needed saving, for I was lost. You may agree or disagree that humans are fallen creatures. But whatever we think we lack, we’ll look for those things in others, to fill the hole.

If you think your answer is out there, then that’s where you’ll look, whether you seek it in a Buddha or a bottle of Jack. My mistake was that I sought my answers in another.

Because of that, Yale’s dead.