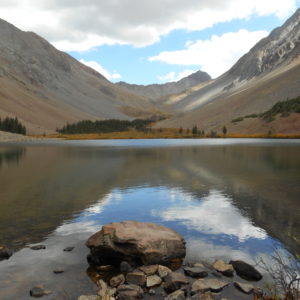 It’s been said that reality is as much what it isn’t as what it is, that the true path leads to emptiness, that God is as much nonbeing as It is being. As a reader of books of esoteric spirituality, I was always confused — and very much afraid — when the mystics pointed to nonbeing as the ultimate state of reality. First of all, it confused me. I mean, if something is real, then how can it not be?

What to make of this. My only reference point is myself, and others and the world. We are all human beings, not human nonbeings. The world is, and is therefore being as well. As a believer in Something beyond, I always relegated this non-being to nihilism, to nothingness. That scared the hell out of me. Or maybe it scared the hell into me, for I suppose people invented hell because they were so afraid of nonbeing — of not existing at all after they died — that they would rather suffer eternal damnation and its punishments than not to be at all. That’s really the point of Hamlet’s soliloquy, To Be or Not to Be, isn’t it?

Yet I was mistaken as to what the mystics meant by this non-being.  What they really referred to was something so out of this world of being that it might as well not be, that it couldn’t be, that it wasn’t, in reference to everything we’d come to know about physical reality.

In the world of the ultimate to which the mystics all over the world and throughout time and culture referred, there was no world. No heaven, certainly no hell. Maybe John Lennon got it right in his song, Imagine.

To be is in some sense to be matter, to be that which can be tasted, touched, seen and smelled and felt and heard.  Does nonbeing, therefore, mean non-physical? Is it a nonphysical dimension? Yet even to call it a dimension presupposes that nonbeing exists in a volume of space. Yet, it is so beyond form and dimension that it cannot be described with words which refer to such physical experiences. It doesn’t contain language, is beyond the human device of symbolism, and so can’t be related by words. This fact alone is one reason it’s described as nonbeing; because it cannot be described. It therefore transcends even the distinction between physical and mental. It is beyond the realm of thought, and so the medieval Jewish mystics called it Ein Sof, or that which is beyond thought itself. It is beyond bodies, doesn’t possess shades or gradations or differences of any kind. It is changeless, uniform and like itself throughout. It is homogenized, like milk. And without references of any kind, it can only be described as a kind of emptiness. Yet emptiness doesn’t mean nothing.

In texts on Buddhism, the concept of nonbeing, and of emptiness, often arises. The great Buddhist scholar, D.T. Suzuki, writes that emptiness refers to an absolute which transcends, rather than negates, the world of being. He writes that when Buddhists see everything as empty, they do not mean a void. Rather, they allude to an absolute so far beyond our understanding that it lies beyond what our rational minds can comprehend. Nonbeing, emptiness, refer to the unconditioned nature of reality.

A good friend studies the writings of the American Buddhist practitioner and teacher, Geshe Michael Roach. One day, after I’d related my struggles with these concepts of emptiness and nonbeing, he held out a pen and asked me: “What is this?”

“It’s a writing implement,” I remarked.

“Then the pen is empty. To you, it writes. To your dog, it’s a toy. It’s open to interpretation.”

That rang a little bell within, a bell of recognition, one of insight. Emptiness meant that all things were empty since they were open to interpretation.

Still, I left that conversation unsatisfied, or at the least, not completely satisfied.

One day, my mentor, a practicing Baha’i, gave me a book of Baha’i prayers. The Baha’i faith emanates from a tradition with cultural roots different from Buddhism and from the medieval mystics of Europe. The faith, which arose in 19th century Persia, has Abrahamic roots, like Islam, Christianity and Judaism.

In the General Prayers for the Departed, a part of one of the prayers reads as follows:

‘I testify to . . . Thy sanctity and exaltation above the world of being and all that is therein.’

As I walked through a ponderosa grove I read those very words, and the meaning of nonbeing became clearer to me, apart even from what a Buddhist might (not) think of it. To me, God is simply the name we ascribe to the unnamable, the attic of incomprehensible ideas we put a label on and call God. In a way, ‘God’ is a miscellaneous category, even though It’s essential to all things.

If there such a being as God, It must, of necessity, in one sense keep Itself far removed from temporal and profane affairs, from bodies and diseases and death and politics and lust and money and arrogance, in order to remain Itself. It must do so in order to maintain its perfection and innocence. That’s the idea of a transcendent God anyway.

As Baha’u’llah prayed in the prayer quoted above, God must remain above the world of being and all there is in this world. And because we, as beings in a world that is, have no concept of anything beyond this world of beingness, we call it non-being. The mystics and the scholars who tried to parse their words call this the apophatic tradition. This is simply a knowledge of God acquired through negation.

So now, I have just the smallest hint of a clue as to what emptiness and nonbeing really are. Yet I know more about what they’re not. They’re not nothingness as a being like myself has come to understand nothingness. Non-being is not nonexistence. Emptiness isn’t the void. It’s not an abyss of nonexistence. Nonbeing is, however, an abyss to human understanding. For here, at the rim of this great gorge, I must leave my comprehension behind. That, ultimately, is what the apophatic tradition alludes to. The ultimate so far transcends our intellects that it might as well be ungraspable, empty, and beyond the ability of a being in this world to know.

In my book, The Dirt: The Journey of a Mystic Cowboy, I explore questions like these. A departure from the science fiction, fantasy and speculative fiction I usually write, and from the metaphysics you’ll find on this blog, The Dirt explores the voyage of a mystic cowboy as he fights a guardianship action against him. Aided by a war-scarred attorney seeking refuge in a small town, The Dirt asks what we should do with someone who claims to hear the voice for God. Should we declare him a mystic, or in need of a guardian?

← Connections
The Dirt, A New Novel →