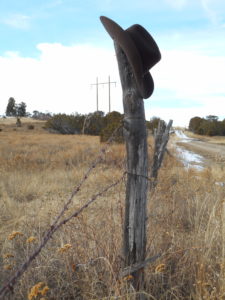 A trace of Yale

I’ve always felt this rootlessness, this restlessness, never felt at home in my own skin. Condemned to search for meaning, the formulaic truisms of the world never fit me well. You know, the ones you may find in a religion or a certain philosophy or the equations for happiness provided by commercials for light beer or the right investment firm, the ones that show the dude with the right candy swinging off his arm at the beach.

If we come into this world for a reason, then for me, I never found that reason. I wandered from place to place, from job to job, always searching in tomorrow for what I didn’t find today, in there to fill the emptiness that I lacked here. I suppose that’s why it happened. That’s why things ended the way they did.

No one wanted it to end this way. Yet sometimes great tragedy is the catalyst for the vital reaction without which something inside us remains dormant, remains unchanged. Yale was that catalyst for me, and, I believe, for those of us who participated in the trial over his guardianship. We each have seeds within us, some of which germinate and others which remain dormant. The unrevealed tragedy of every life is never discovering the unborn seeds we carry within us to our deaths.

Until Yale walked into my office that spring day with a guardianship petition in his hand, asking me to defend him against it, I was without destiny, at least a destiny which I knew. Yale gave me a temporary heading. Yet when we find our destiny through another, oftentimes we throw qualities upon them which they do not in truth possess. We see in them what we want to see. We make them into what we need them to be.

I’m on the road now. I plan to wander as far in miles and as long in time as the wheels on my truck and the years left in my body will allow. Yet, maybe for the first time since I was a boy, I’m not without a destination. I used to think that a person needed a job, a partner, a home, a dog, to be somebody. These bolt-on attributes were money in the bank. They told a person who they were, and where they were going.

Yale reminded me that these items in a person’s kit don’t define what a human being is. What a human being is can’t be changed. It’s unalterable. “It’s not having,” he would have said. Since we’re not human havings. “It’s not what he accomplishes,” he might’ve said and smiled at me, since we’re not human doings. Where we’re heading is where we already are.

When we seek, when we search outside ourselves for the answer, for our identities, we push what we really are out of our awareness, in favor of a false self. And since that false self is nothing but lack, nothing but an I want or an I need or an I gotta have, a bottomless hole, we’re perpetually starving for ourselves, for what we really are. That’s all that Yale’s notes, what he called The Dirt, were really trying to say. Since his disability trapped the meaning inside him, he had to write them. And since these truths couldn’t even be uttered in words or understood by the mind that uses language, they couldn’t even be written down. His words could only point the way. Wisdom must remain unspoken. Not because it’s a secret, but because it’s beyond terms.  Yale woke me to all that.

We hunger only for ourselves; for our real and lost selves. Not lost in the sense you lose your keys and maybe never find them. Not lost in the way you lose your innocence and believe that, like youth, it’s passed from you forever. But only lost in the sense that we’ve hidden it from ourselves. That’s all life’s mystery is: something mysterious because we’ve lost touch with it, concealed it from our awareness. That’s what Yale reawakened in me. That’s what he reminded me of that I’d forgotten.

So now, even though I’m a perpetual wanderer, without a home or another someone or money in the bank for the first time since I can remember, I have myself, so I have it all.

← The Fallen Snow
The Passing of a Man Already Dead →