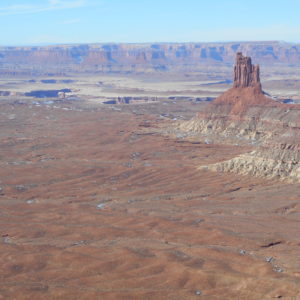 Candlestick Tower,Canyonlands, a favorite place of contemplation for Yale

What can I say about Josh Shorty? Built like a tank, he had the temperament of one, too. Josh was a Navajo who practiced in the tribal courts all over Dinetah, as well as representing Anglo defendants in a flourishing criminal defense practice in gateway towns like Animas. Judge Puett, my mortal enemy, had appointed him guardian ad litem in Yale’s guardianship case. Technically, that meant he was supposed to represent Yale’s best interests and advise the Court on the need for guardianship even if that opposed Yale’ wishes.

But Josh was the kind of lawyer who knew how to bend the rules, and who knew how to get away with it, too. Josh had everything I didn’t have: thick skin, a defiance of authority, and mostly, a huge chip on his shoulder when it came to his mortal enemy, Don Cash, former District Attorney in the county and current lawyer for the State in the guardianship case.

What Josh did under counsel’s table was advise me on dirty tricks, street fighting. It’d been a few years since I’d practiced law back in Chicago. Not only did I need to work the rust out, but I needed Josh as a guide to give me the lay of the land, locally. We formed a kind of unholy trinity – Josh, Udenni and I. Udenni was my girlfriend. She worked in the social services business here in Animas, too. In fact, she worked for the Department of Social Services, the very same arm of the State that was trying to get Yale declared in need of a guardian.

Together, we got high a lot, drank beer a lot, fished and camped the nearby mountains. Together, Josh and Udenni gave me advice about how to win this case. Together, the two of them tried to hold on to my perspective for me, since I tried to throw it away again and again. I believed that my client, Yale, was something of a mystic. Udenni and Josh looked at Yale and saw what everyone else saw. They saw what Judge Puett saw, what Don Cash saw, what Clifford Showalter, the State psychiatrist, saw. They all saw Yale as a man with limited intellectual capacity (called borderline intellectual functioning) and an odd way of using words that made him extremely difficult to understand.

Everyone but me saw my client as a man barely on the edge of self-sufficiency, and maybe tripping over that edge. He’d been in foster care for most of his childhood, He’d been diagnosed with everything from psychosis to Huntington’s Disease, a rare and horrible neuro-degenerative disorder. But when I came across his writings – The Dirt, Yale called them – I became convinced that he could see into a reality few of us could even imagine was there.

Josh and Udenni kept trying to pull me back to reality, to their reality. But I was tired of everyone else’s reality. I was tired of consensual reality. I’d always sought out a mystical reality, and Yale represented that. He seemed to be the guardian of the special world into which I sought escape. In the midst of my grand distraction, Udenni and Josh sought out each other. In the middle of the jury trial for Yale’s guardianship, I found out about their little tryst. The people who meant the most to me, whom I needed most, ended up betraying me. I’d never felt so scared, so alone.

But those feelings of fear and isolation paled in comparison to what happened next.

← The Players in The Dirt
Stripping Us from the Land →