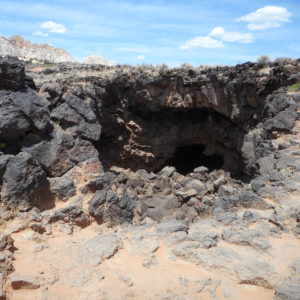 My ex-girlfriend, Udenni, once said that savants aggregate in the areas of numeric calculation, arcane memory retrieval, music played by ear, and drawing. But that itch inside me wanted to believe, craved believing. And so I convinced myself that Yale possessed the savant-like gift of sagacity.

He couldn’t do simple arithmetic, and the commonly understood meaning most of us attach to words was beyond him. But he knew more than any man I knew about the mystical nature of reality. At least that’s what I believed. Yale, he didn’t seem to think much about his ‘gift.’ When I found his notes in a storage shed, he dismissed them as nothing much, said he was trying to ‘de-Jesus’ something a while back. de-Jesus. His word for trying to figure something out. Geez.

The other thing Yale had a gift for was geology, which explains the picture at the top of this post. He read graduate-level texts on geology, but he couldn’t make his wishes known or support himself, so the State was saying that he met the standard for guardianship. In the photo above, you’re looking at a lava tube in Nevada. Yale might have called it a wormhole into another dimension, something he called a hardwall.

Anyway, I undertook to publish Yale’s notes, which were color-coded, and which he’d written on gas station receipts, post-It notes, the backs of invoices, Wendy’s napkins; anything lying around, anything he could get his hands on that was the right color. Each color had a different theme.

The colors of the paper he wrote on — faded red, yellow, white and blue — kept repeating in the same order, whether they were on index cards, a church bulletin, or instructions from a medical clinic. It could’ve been a receipt from a feed store or a page from a legal pad. Almost all the papers had originated from someone else’s life. They were other people’s bills and junk mail. The kind of paper he’d written on didn’t seem to concern him, but the color did. The randomness became pattern based on color and color sequence. Patterns concealed in disorder like the disheveled boulders littering canyon floors represented perfect order, if only you knew the history. Yet it wasn’t the kind of order most of us expected or wanted. That didn’t matter to Yale. He wrote everything in green, blue, red, or black ink, and the same color ink paired with only one color of paper over and over — green ink on yellow paper, blue ink on white pages, red pen on blue paper and black on pink post-It squares. Nothing deviated from that pattern.

Subject matter shifted in chapter fashion. When one color ended, the string of his thought ended, too. A new color introduced a new subject or new development on a previous theme, themes like predestination, choice, karma, and freedom. He wrote some of it in longer chapters, but much of what he wrote consisted of unrelated aphorisms. Things like-

‘I’ve spent the 2nd third of my life figuring out what happened in the 1st third, so that I could really live the last third.’

‘If the world is a dark place, maybe you’re wearing sunglasses.’

‘Let someone love you. Let yourself love them. This is the only law.’

‘The life of any creature should be respected simply because its own life is as important to it as mine is to me.’

‘Suffering brings a man to wisdom or to bitterness.’

‘There are conspiracies out there, just not the ones most people suspect as schemes.’

‘The world teems with unlimited misery. One may tap it at leisure.’

‘You can’t always tell how an orange will peel by looking at its skin.’

I found that last one most true. I didn’t know how many times I’d been burned in the produce aisle by a good-looking skin. All the words in his own hand. I’d seen samples of his handwriting from the sentence completion exercises I gave him as part of his competency testing.

“What are these, Yale?” I asked after I discovered them in old boxes in a storage shed.

He leaned over and squinted into the middle of the box where he or someone else had jammed them.  “Those?” he said dismissively. “Those are the Dirt.”

“It’s hard, having what you have,” I said. “Knowing so much but being able to say so little about it.”

“Mmm,” he mumbled, disregarding my observation. He stood with his hands on his hips. We both knew what we looked for wasn’t here in this shed. We were looking for stuff about his childhood, his history, which would prove that he was ‘normal,’ and that he didn’t need a guardian.

← The Dirt – Excerpt
The Players in The Dirt →