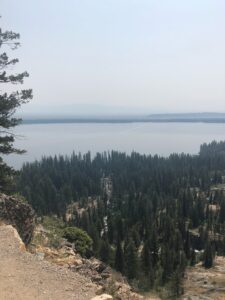 If we look at the world today, we see a vast array of splits, divisions, and conflicts between and among peoples. Worldwide, there are protests, revolutions, the talk of war between great powers. There are splits between religions, and within religions. There is heightened class warfare. Although these divisions have always been a feature of human society, they seem to be multiplying, and deepening.

Of great concern is the potential conflict between the United States and China. In many ways, that war is already here. Hybrid warfare, in which wars are waged below the threshold of overt, conventional armed conflict, is being fought as we speak. Although wars between East and West have occurred in the past, the showdown happening now between the very crescents of Western and Eastern civilizations is unprecedented in scope and danger.

There is a periodicity to the charge of the earth’s poles. They reverse every 200,000 to 300,000 years so that the magnetic charges of the North and South poles migrate and exchange places. Maybe the same reversal is happening to humanity and civilization. Instead of framing the conflict as East versus West, or China versus America, or working class versus upper class, it’s perhaps better to see all the conflicts besetting humanity as a great reversal of polarities.

People are reacting with fear the world over. All we know is that change is afoot, but we are too close to it to know what the change really represents or what it will mean for the future. Change means the unknown, and we fear what isn’t known. We react with fear and with anger – which is the derivative of fear – rather than responding with courage and confidence.

The same may be seen with genders. The traditional male roles are being adopted by women, and female roles are being taken up by men. And with wealth redistribution, the classes will eventually change places in a great rotation which occurs during economic revolutions every so often.

Although these descriptions are oversimplifications, they may allude to a cyclical process where a reversal of polarities occurs within humans as individuals, in groups, and in world civilization as a whole. To borrow a term, it is a Great Reset, where different groups rotate in and out of power. We all trade places, taking off the masks we’ve worn and exchanging them with others in our world.

In the Dao, an ancient Chinese philosophy, it’s believed that when a trend reaches its culmination, it crests and begins to move toward its opposite trend. It is darkest (and coldest) before dawn. The mythologist, Joseph Campbell, discovered in the common world myth that the old, stultified energy of an aging king needed to be broken up and redistributed, often through a challenge thrown down by a youthful hero ready to challenge the old order. This often occurs in the Fourth Turnings of history, where a younger generation often confronts crises set in motion by previous generations. These generational conflicts seek to upend the established order.

The more things change, say the French, the more they remain the same. An essential observation of both the Dao and Hinduism is the cyclical nature of life, of history, and of existence itself. We may be afraid, and believe we are encountering unprecedented headwinds in human history. It may appear to us as if the world is ending. In Apocalyptic Planet, author Craig Childs visited the sites of fallen empires and mass extinctions, only to discover that the world is always ending.

And it’s always beginning again, too.

← Light and Shadow
Something →