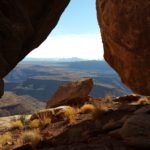 There’s a piece of each of us that never dies. It won’t die. It can’t die no matter how much we may wish it would sometimes, no matter how many times we try to cover it up, to bury it. And that part of ourselves is our innocence. It’s the spontaneous part of ourselves that makes us vulnerable. It’s the part of ourselves that goes into hiding when we’re 8 years-old and we get laughed at for the first time in class.  Our egos lay on masks that we show the world so people can’t see inside that armor. It’s that pessimistic, cynical mask that tries to protect us from being disappointed, again. It warns us against trusting a stranger, or even our partner. And we end up distrusting our own intuition and losing faith in ourselves.

Above everything, we mourn the loss of innocence. At first, we try to protect it in our children. But after a few years, we recognize the futility of trying to wall them off against the world. We try to prepare them for it, to teach them how to protect themselves against it instead.

Or, we may try to possess their innocence, to preserve it, to hold it as an essence in a bottle, thinking that by drinking their innocence down as an elixir, we can reclaim it within ourselves.  A man tries to possess the innocence of a young woman by marrying her, or even by being the first to ‘have’  her. A mother may try to possess the innocence of her child by keeping him forever a boy. Yet innocence can’t be captured or owned. And when the world finally concludes that this blamelessness can’t be caged, it often tries to kill it. But it won’t die. The ego rages because it can neither capture it and hold it in a cage, nor slay it.

So, we do the next best thing: we hide our innocence from ourselves, from our own awareness. We obscure it with demonstrations of power and glory, with vain expressions of might and grandiosity. We invent lust and greed as pretend opposites to innocence, and convince ourselves that in the manufacture of sin, we have destroyed our own goodness. Mainly we conceal our innocence from ourselves with the guilt and loathing which are the emotional byproducts of the transgressions we think we’ve committed. These stains were designed to hide the reality of our own simplicity from ourselves. For we remain as children, never having left the home of our own guilelessness. The lie we tell ourselves is that we’ve sinned and deserve to be condemned, and to suffer. We judge others, but, in secret inquisitions, we reserve the harshest verdicts for ourselves. If the world isn’t going to hell, then it’s going to purgatory at least.

Something retains memory of our simplicity for us, or we wouldn’t recognize it in children, who still believe in Santa Claus, and who don’t know what dying means. It’s only the things we thought we’d done that seem, like dead bugs on a windshield, to prevent us from seeing that the stainless light shines clear outside the window. Our goal here on earth is simply to recall our own innocence, and we do that by letting go of our anger. Once we stop judging others, we’ll see ourselves as guiltless. And once we stop punishing ourselves, we’ll see others as blameless, too.

Our sense of guilt, of not being enough, gets cleansed in a benign indifference to our paltry notions of ourselves. On one hand, we hide from others – and from ourselves – the belief that we’re not good enough. On the other hand, we believe we’ve committed all sorts of unforgiveable acts. We think we’ve sinned in a way that’s irreversible.  But both can’t be true. We can’t be both not good enough and capable of irreversible, Godlike acts called mortal sins at the same time. Ask yourself: are we really that important that we can put a stain on reality that can never be washed away?

Innocence and its byproduct, deathlessness, are attributes of every one of us. For it would make no sense to conclude that God or the endless cosmos – whatever your belief might be – is everywhere but in ourselves. We must be connected to it and be a part of it. We participate in the deathless. How could we be guilty of anything that the universe can’t recycle back into its endless body? In the end, it all gets washed away.

We are innocent. Even if you believe in nothing but the benign indifference of the universe, as did the writer, Albert Camus, then you must believe in innocence. Despite the seeming evidence to the contrary, this must be our destiny.