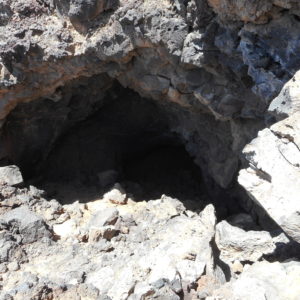 Some days I think that with all this time on the planet, I should be farther along than I am. I think if I had 10 times as much money and success, my ego would still be telling me that I need more, want more, should have more.

I still tell myself that if only I possessed a certain missing variable in the formula for happiness, then I’d finally be alright. The formula is: NE + __________ = H + SE,

where NE is Not Enough, H is Happiness. and SE is Self-Esteem. The missing variable is whatever my ego chooses it to be. It could be money or sex or a more meaningful relationship. It may be success and recognition. For me, it’s usually some form of having or achievement. More than any other equation, I seem to have learned this one best, for I still suffer from the delusion that it will work, if I can just input the right variable. In fact, I’m, obsessed with making it work. I’ve been indoctrinated with this formula since I was old enough to understand commercials. Another way of stating it is that If I had _______ or achieved __________, I could fully love myself then or, simply,  I’ll be happy when ____________.  It’s an if…then algorithm, you’ll notice, that fills my mind with its repeating equation.

I’ve published four books. Before the first one came out, the equation was: I’ll be happy when I get my book published. I remember the evening I learned my first book was accepted for publication. It worked: I was ecstatic. For about half-an-hour. Then, the variable changed: I have to sell a million copies. If I can sell a million copies, I can finally love myself. Since I never got there, of course I couldn’t be happy. I can only imagine what would’ve happened had I ended up on the NY Times Best Seller list, what fantasies my ego would’ve made up about me then. How long the happiness would’ve lasted, and what further holes the formula would’ve had me fill.

You’ll notice that much of this postponement of happiness takes place in language. How many times have I used the contraction would’ve. As in, I would have been happy if. I would have been happy when. When the condition I’ve set in order to be happy isn’t fulfilled, the would’ve is then stated in if only terms. If only I would’ve married Mimi Rogers, I would’ve been happy then. We call these the woulda coulda shouldas, and they exist in order that we shame ourselves into insufficiency.

Most people aren’t happy most of the time. They hope. Oh sure, they look to the future for their happiness because the formula tells them that they’ll ne happy when. That they’ll be happy then. But in the moment, there’s usually some thing, some fact that’s preventing them from being alright with themselves and the world right now. It’s the presence of something hey don’t want (a lousy boss) or the absence of something they do want (a better lover).  The variable (what will make me happy) always changes, but the equation for happiness never does. If we never feel satisfied, then maybe it’s the formula itself we need to look at.

To challenge the formula takes much work and stamina, because the equation is relentless. It’s been conditioned into us our whole lives. But we have no choice, or we’ll continue to chase happiness and self-esteem through an equation that’s really a lie. To see this, all I really need do is to things. The first, is to look around me at the people who’ve accomplished great successes, who have a lot of stuff. How happy, actually, are they? Based exclusively on the success they achieved, not very. For you see, they can’t hold onto whatever they have. And even if they could, it’s never enough. People who are rich, they aren’t happy because they have money. Athletes who’ve attained great heights. They ain’t happy if they thought that winning would make them feel better about themselves. If they base their happiness on success, there’s always something else which they convince themselves they must have. Because the formula is fundamentally flawed. I knew a man who, by the time he was 30, achieved every major goal he ever set out to achieve. He said that when he had, he wanted to die. I see the suicides, the messy break ups, the OD’s that happen when people get precisely everything they want. That’s not the way the formula’s supposed to work.

The second way to challenge the equation for self-esteem to see how phony it all is. In high school, we had to read this book by Jack London (who was an alcoholic and who had some of his books ghost-written) called Martin Eden. It was about a licentious sailor who falls for a woman in the upper class. In order to gain her, he teaches himself to become a successful writer. And when he’s succeeded, he sees how phony it all is. He ends up jumping from a ship into the deep blue sea. THE END.

Some people do become successful on their own terms, without selling out. The ones I admire the ones who’ve succeeded in helping others, the Gandhi’s, the Mandela’s, a woman like Mother Theresa. They’ve succeeded at something that isn’t phony, and that survives them. I mean, Humphrey Bogart’s movies survive him, but what did he get out of it? He was, by some accounts, kind of a prick. He’s dead, so I think I can say that without fear of libel.

It’s been called the Gold hole. I’m not arguing for the existence of God, so please, no nasty replies. But we can all recognize what the hole in each of us is. It’s the missing variable in the equation, the blank we fill in in the formula for happiness. It’s that place – and it’s a vacuum, a place inside that aches  – where we stuff things that don’t end up filling the hole. How do we know? Because we end up hungry again in 10 minutes.

We’re all empty inside. We each know what that feels like since we’re human. The emptiness is loneliness, and the hunger is the need to belong. It’s why we live in cities, why we surround ourselves with other people, why we fuck, why we marry, why we have kids (usually in that order). It’s why we do anything that we do. To fill that hole, to fill in the blank.

And when we fill it with love for our cats and our kids and our wives and our mothers, we feel better. And when we fill it with food or alcohol or sex or cash or (my favorite) DVD’s? We feel hungover. Success is in that latter category of items we stuff down into that hole that just doesn’t fill it. Anything we put in that hole that isn’t meant to complete it, and the hole just digests it and in a little while, it wants something else.

Hunger isn’t really the problem, though a lot of esthetics conclude that it is. Hunger, like all desires, is just the need for love. All desires stand for one desire: the desire to love and to be loved. Love alone fills the hole. It’s the only variable that you can put in the equation that will make the formula work. Yet our conditioning is designed to hide that truth from ourselves. 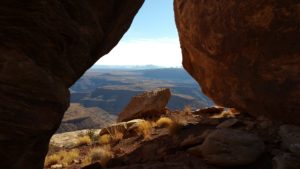 This Hole Seems Unfillable,
But One Thing Fills It

So I’ve decided to tell people not to buy my books. It will help me realize that I can be happy now, and that I can always and only love myself by embracing myself in the present moment, not in some future that never arrives the way I think it should.

So, don’t buy my books, okay? If you do, you’ll really be screwing me over.

← Writing: It’s Between You and Yourself
Why Do You Write? →