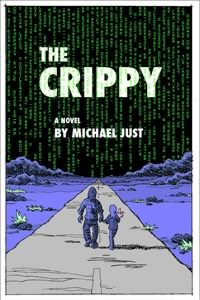 Walking through purple landscapes with pink bunnies has decided disadvantages

A Victim of my Own Fantasy

A writer, especially a science fiction writer, especially a writer of dark fantasy and horror, is victimized by her own imagination. I’ve read Stephen King of course. I’ve read about him, what he’s written about writing (he’s a masterful, actor, BTW. See him as a cleaner of crime scenes in Sons of Anarchy. He steals the scene). King seems rather ordinary in real life. But H.P. Lovecraft? Poe? Phillip K. Dick? Had to be madmen.

An undiscovered writer has all the disadvantages of madness, with none of the obvious advantages. He doesn’t have things like money, fame and self-destructive but entertaining habits like wrecking his own sitcom. Still, writing beats what I used to do for entertainment: trip on acid, stand on a street corner, and wait for Mary Magdalene to drive by in a silver VW. Writing is a way to exteriorize the demons. You kick them out of your system, at least for a writing session. Catharsis, the Greek dramatists found, is good for the psyche.

Fantasy as a Stand-in for Real Life

I’ve always been an analyzer, less of a doer. I’d rather watch someone golf than hit a drive. I’d rather see someone surf instead of trying it myself. I prefer watching two people having – … well you get the picture. I like to live in fantasy. But from an early age, my imagination boomeranged on me. The only way I could reconcile with the monsters under my bed after making my mom watch Night Gallery with me was to slap- dash those monsters onto a page.

In The Crippy, Mitch Cantsee has done too many drugs, and they’ve rebounded on him. He’s permafried. He can no longer sshake the remainder of his fantasies back into the corner of the bag after rendering them into smoke. He has a hard time separating delusion from reality, a phantasm from a fantastic night out on the town. Like me, he’s a victim of his own imagination. The only reliable guide he has through the fantastic landscapes of the American Southwest he’s exiled into is the 8-year-old girl, Sam, who’s been pawned to him in a drug deal, and whom he must now protect. He’s sworn himself to that.