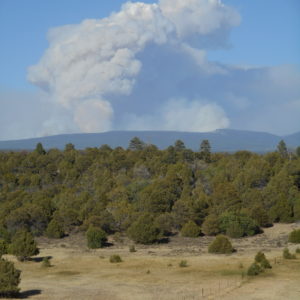 Oh shit! Did you put out the campfire?

A lot is happening right now: Coronavirus. Stock market collapse. War in the Middle East. Political instability. You could be forgiven for concluding that the world is at an end. There are certainly enough websites out there that are saying that.

People have been predicting The End since the beginning. At the turn of the millennium before last, in 1,000 C.E., some farmers in Europe left their fields fallow because they thought that was it. Why bother? Some people gathered on hilltops at the highest points all around because they wanted to be closer to heaven when the end came.

If you go to Wikipedia, you’ll see a list of dates when the End has been predicted. In our own time, the Y2K predictions were eschatology dressed up as something else. Like millions of boobs, I fell for the prophecy that our computers wouldn’t be able handle the switch-over from one millennium to the next, that banks would cease to hand out cash, that computers would go on strike, and that we would all die die die!

A few years later, the 2012 phenomenon insisted that since the Mesoamerican Long Count calendar ran out right about then, the world would indeed follow suit and crap out on the solstice. You could spend a good portion of your week keeping up a running tally of the number of the predictions that the End is nigh, from questionable periodicals which, shall we say, decorate the entrances to supermarket checkout counters, to those who claim to be able to interpret the quatrains of Nostradamus, or, better yet, our soothsayers in their own right. We have whole belief systems devoted to the end of the world. We have books in the Bible which many claim reveal our future, while others say the books describe the past.

And lest you think this is a phenomenon particular to Christians, or peculiar to those faiths in the Abrahamic Tradition, think again. It’s everywhere, even in the cold, aseptic world of science.

Catastrophism (now neocatastrophism) is an old theory which holds that spectacular upheavals of a short and brutal nature help determine the geological course of earth’s history, often resulting in mass extinction events. Today, many scientists believe we are in the midst of the Anthropocene extinction, a human-inspired mass extinction. And the Doomsday Clock has been set to 100 seconds before midnight, the closest it’s ever been to…THE END.

So we see that the apocalypse is really a part of our makeup. Maybe for some, it’s a secret wish.

One of my favorite authors, Craig Childs, wrote a book called Apocalyptic Planet. He visited the ruins of long gone civilizations as well as the locations for the culprits of mass extinctions in the long ago past. One of his conclusions is that the world is always ending. And picking itself up, dusting itself off, and starting all over again.

When I was a boy, my teenage brother accidentally backed my dad’s car into the rear wall of the garage. I remember him running around frantically trying to fix the damage. My mom said: Relax, it’s not the end of the world.

The truth is that the world has been evolving for a long, long time. If you subscribe to the Gaia Hypothesis put forth by chemist, James Lovelock, and microbiologist, Lynn Margolis, not only have living things been reproducing and changing, but they’ve pushed the atmosphere and the oceans into evolving, too. Or I should say, into not evolving. Ocean salinity has been at about 3.5% for a very long time, a condition optimal for life as we know it. Atmospheric oxygen has fluctuated between 15% and 35% for ages even though oxygen, a very reactive element, should have combined with other elements long ago and gone away. Since life first arose here, the sun’s energy has increased markedly, yet surface temperatures on our Terran world have remained relatively stable.

The Gaia Hypothesis holds that life itself maintains the elemental conditions necessary for the maintenance of life. And one of its conclusion is that the earth has become, in some ways at least, more stable over time. Homeostasis, the tendency of any system to maintain balance, is a historical fact of natural history, though it has been punctuated by catastrophic events.

Are their problems like global warming and an acceleration in the rate of human-caused extinction? Most certainly, and the dawning on our consciousness of the destruction we’ve set loose upon the planet is perhaps necessary to save ourselves from ourselves. Yet we need have faith in the resilience of Gaia, and that if we begin to cooperate with it, it will cooperate with us.

Yes, the world is ending. But it’s beginning again, too. The world is dying, but it’s being born again, as well.